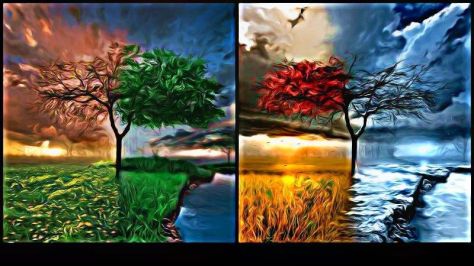 Yesterday it was almost Spring with a nice warming sunshine during the day and a lot of greenery sprouting through the ground. Today… well today we have 15 cm of snow and as wintery as it gets! From one point of view it’s great since today we have a holiday called “Vastlapäev” (no direct translation to English possible) which means kids and people in general go sledding and try to get the longest run down the hill. In addition special pastries with whipped cream are eaten and generally it’s a really fun day :)!

But that wasn’t what I wanted to write about. Today’s weather just got me thinking about what are the statistics about our local weather. Weather in Estonia is a really popular topic because in most cases we have about 1 day of summer, 1 day of winter and then 363 days of “shitty skiing weather” :). Of course it’s hugely exaggerated and the weather here is not bad at all and personally I like it since I enjoy the diversity of it (full 4 seasons). The only thing I miss during the winter is longer days since in Nov-Dec it can get dark as early as 4 PM.

But let’s look at some of the facts.

Generally we have a little bit of everything in here :). And as my PE teacher used to say that there is no bad weather, there’s just bad equipment and poor men!

Youtube is full of users and channels who share interesting content on daily basis. Although there are several people I follow regarding self-improvement, training, technology, music, cars etc. there is one who’s videos are just very simple, fun and also educating to watch if you want to spend some relaxation time in Youtube not just wasting it but learning something interesting in the process. He regularly posts videos about different facts, top 10’s, fun and scary topics and much more. Go and check it out but be warned, his videos can be quite addictive :)!