Triksi has been with us already for a month and a half and we’re gotten used to the happy life of being dog owners :). Everywhere you go you’ll meet other people walking their dogs and of course we want Triksi to socialize with as many other dogs as possible so she would get used to it. But while our furry friends are doing their business (and by that I mean playing 🙂 ) it’s just natural that at the same time you’ll be talking with the other owners. And you can really meet many nice people like this :). Quite often we’ve also went to the nearby dog playing grounds (ok, mostly it’s Anna who’s done that 🙂 ) and in there you can sometimes find even groups of people with their dogs. We also try to bring her with us whenever we can. Luckily she really likes driving with a bus/train/car and she just sits quietly in our lap waiting for the arrival. Also she is rather small so if needed we can just pick her up or place her in a special bag with windows. In that sense it’s much easier with a smaller dog, I wouldn’t imagine bringing for example a St Bernard everywhere, although they are also really awesome as are actually all dogs! They are just so loyal, loving and all they ask in return is some attention and of course food and water. It sometimes really seems that we don’t deserve them. 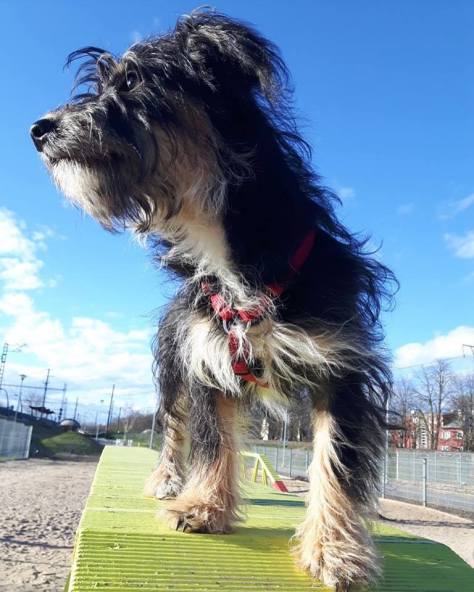