So here goes. I’ll share with you exactly where we went to, what we did and some places that you shouldn’t miss! Be warned that it’s going to be a rather long post 🙂

Day 1 – From Jimbaran to Amed

Our journey started form Jimbaran where we have stayed throughout our visit to Bali. I pre-booked the accommodations through Booking.com a few days before. Since I have used their site so much in the past half a year I have gained some special status so all the costs for accommodations were really inexpensive :). Either way here are the places we visited on day 1

Amed itself is a laid-back town with a quiet atmosphere, beautiful black-sand beaches for snorkeling and more than enough places to stay for the night and grab a delicious meal. It’s hugely popular among divers (as are most of the places in northern side of Bali). All this adds up to a great place where to stay when visiting Bali. We spent the night at Fun Divers resort which is a really nice place with everything you need.

Day 2 – from Amed to Lovina

Lovina-Singaraja area is much more busy and noisier place compared to Amed and Pemuteran (due to the fact that Singaraja is the second largest city on the island). It’s hugely popular for dolphin watching but this time we decided to skip that. It will be in our plans for future travels :). We spent the night at Puspa Rama Pondok Wisata which was ok, but nothing special.

I must warn you that if you plan to visit more mountainous areas be ready to get a little bit wet. All the warm air that comes from the ocean gets colder when hitting the mountains and pours down as a rainfall. The air up there is much more damper, colder and it rains much more. So even if at the beach the sun is shining just an half an hour drive to the mountains and it’s raining.

Secondly be prepared to climb a lot of stairs. And I mean A LOT! There’s a staircase leading to almost every beach, waterfall, mountain temple and any sightseeing place out here. And they are not small ones. So climbing a few thousand stairs in a day (I’m not exaggerating) can be quite normal here 🙂

Day 3 – from Lovina to Pemuteran

Pemutaran is a really nice place with beautiful mountains, beaches with totally see-through water and also this kind of laid back atmosphere. We spent the night at D&D Dive Center/Trijaya Guesthouse and honestly it was one of the best places we’ve stayed! I really really recommend this place – staff was very friendly and helpful, everything was clean, breakfast and all other foods (there’s also a restaurant) were delicious, the bathroom/shower looked like being in a tropical rainforest and all of that for the same money as having a proper dinner for two (here in Bali). It was so nice that we actually decided to stay for one more night although the original plan was to drive on. 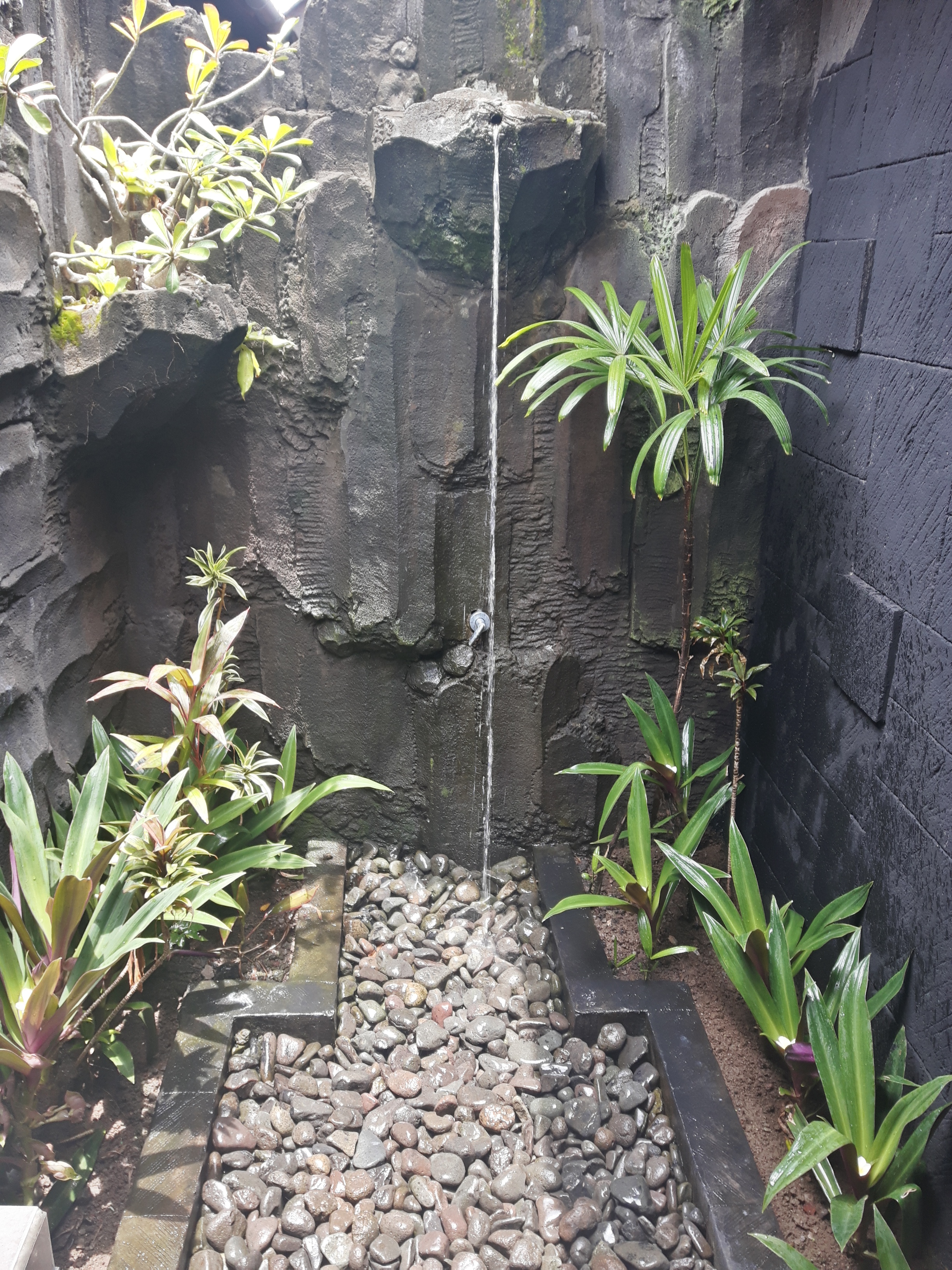 After 3 days on a scooter it was really good to have a quieter day. As said before scooter is still meant for smaller drives, not discovering the whole world 🙂

Actually the best place for snorkeling in Bali is considered to be Menjangan island but since it’s a part of the National park it’s quite expensive to get there (tours starting around 1mln rupiah per person). They don’t want to let too much people in the park (which is totally understandable) in order to preserve wildlife. Nevertheless if you have the opportunity to go there it’s definitely worth it, I’ve heard only good things about it!

Day 5 – driving back home to Jimbaran

It was going to be a long day on the scooter and after the morning swim/snorkeling we headed off. There was no place particular we planned to stay but I’d like to bring out Balian beach once more. We stayed there before while visiting a friend but the Balian Beach Surf Camp is a truly nice place to stay for the night while listening to relaxing waves, surfing or just chilling by the sea or having a delicious dinner at the local cafe.

One more thing that is quite rare in Bali is driving on a road where there are no houses or villages near you. Most of Bali is quite densely populated and even if you’re not in a village or town as such there are still almost always some houses by the road. But when driving on the road towards Gilimanuk near the National park you can truly get miles of road basically without any inhabitance at all. It’s supported by a very beautiful green scenery on both sides of the road 🙂

One last final thing – if you can, avoid the main highway coming from Gilimanuk heading towards Denpasar. I know that a lot of times it’s just not possible since it’s the only road there is! But in some places you have an option to take some detours or use smaller roads. The reason for this is that the traffic there is quite dense, the road surface can be very uneven in some parts but the most terrible of them all are the huge trucks that use this road in order to carry massive loads between bigger cities. Most of these trucks should have been retired 30 years ago but they load them up with about 50 tons of cargo and then try to get up of all the steep hills on the road. The result of this is that every time they do that a MASSIVE cloud of black smoke comes out of their exhaust and directly to your face! In addition the maximum speed going up the hill is about 15 kph so you just have to go through the cloud of black cancer. I’d seriously advise to use face masks when driving on this road with a scooter. Could save some days of your life 🙂

Hopefully you found some value in this post and congratulations to everyone who made it to the end :)! Next post coming up already tomorrow!